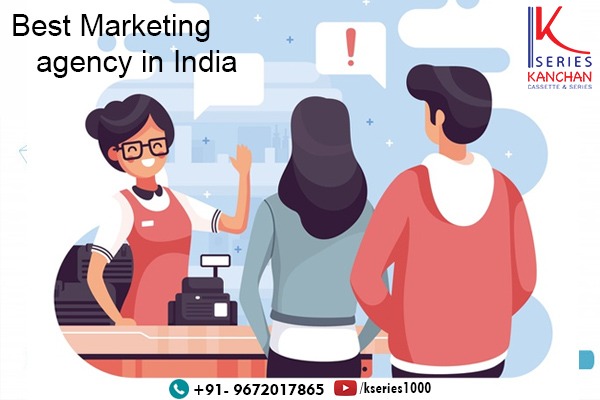 The main work of a marketing agency is to rebuild the potential of the company. The Best marketing agency in Jaipur builds and develops a marketing strategy, that builds extensive market research that basically increases the sales and gives reputation to the company, the main target of the Ad agency in India, Best Marketing Agency in India, is to build relationships with their target audience, and increases the level of clients and satisfying their costumers who are likely to be interested in the product or service being offered.

Marketing agencies use strategy, design, and innovate new ideas and solve communication issues. Their main motive and focus are to help the business flourish from all the aspects and dimensions that release an impact on the audience. A good Marketing agency helps their client to take their business in the new light, and helps their so that they may be proud of their organization, spark new ideas within them, and communicate messages about who and what they are to the public. Many marketing companies in India work with and for the company. K-Series is a very well known Best advertising Agency in Rajasthan in Rajasthan that works for production and even provides marketing strategies to its clients.

K-series is an Indian production and marketing company situated in Jaipur, Rajasthan. The foundation of this company was laid by Sanjana Sharma in 2008.

Over the last 11 years, K-Series has successfully maintained the trust and build a reputation amongst people and the film industry. From making high TVC’s, Advertisement, Live concerts, Music Video Album, making Youth based movies, and working with famous celebrities of Bollywood the company has reached new milestones.

We believe in working with new ideas and innovating them in a systemic way which assures their client and provides them satisfaction. With their skills and thought process, this company has managed to maintain its leading position in every possible aspect. The company was established in 2008 by Sanjna Sharma, a very well known artist of the Rajasthan film industry. This company has presented some outstanding outcomes and worked on different songs and movies.

One of the top best Marketing agency in India, The organization is covering every aspect related to the production including licensing, Brand Building, Talent Management, Advertising, Brand Partnership, music and home amusement, international and domestic dispersion, Film and music studios – all in-house offices, which make it a bit different from other production house situated in Jaipur, Top Advertising agency in India.

K-Series is one of the main Best production houses in Rajasthan, it has worked and even organized the events of “Rajasthan Film Festival” from the past years. K Series has a broad and developing motion pictures library that involves several videos or movies, including titles that change language, budget, and distinguish classes, it works on different honor of movies and presenting the ideas in various methods.

we have successfully worked and build some outstanding projects which are famous and appreciated by the public. There are some famous Albums produced and directed by K-Series, “Saugat Teri”, “Galatfamiya”, “Phir Mujhe Dil Se Pukar Tu”, are some of the best and appreciable work project under Kseries.